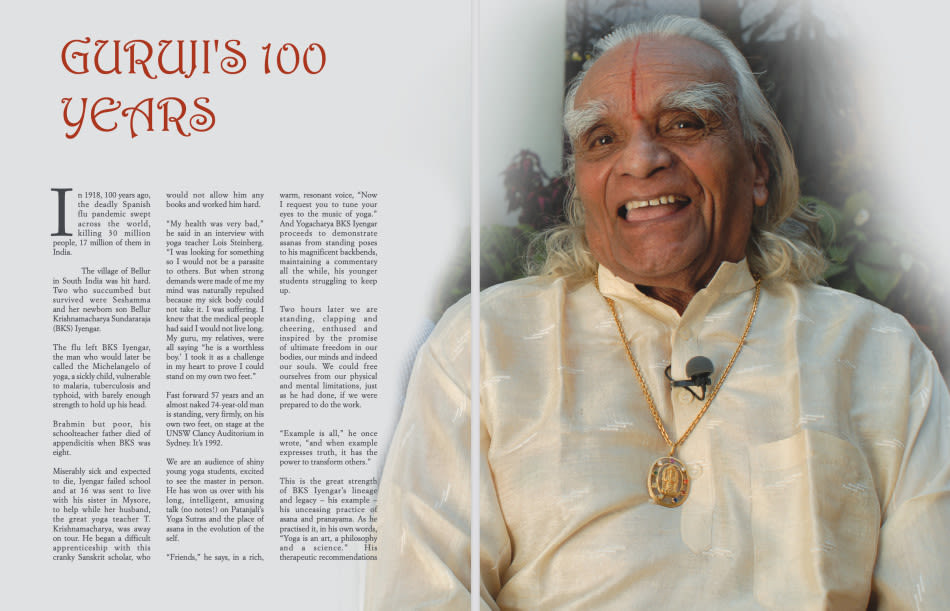 This month marks the eighth anniversary of Guruji’s passing - a time to reflect on the considerable body of work he described as “an art and a science”.

There has been much written about the life and teachings of Bellur Krishnamachar Sundararaja (BKS) Iyengar including his international acclaim as the “father of modern yoga”. Guruji died in Pune, India, on 20 August 2016 at the age of 95, and we are eternally grateful for everything he has bequeathed to us.

To read more about his remarkable life, see the attached pdf of the article below. "Guruji's 100 Years" was written by Linda Apps in 2019 for Australian Yoga Life magazine.

Sign up for updates on the Iyengar Associations's news and events.